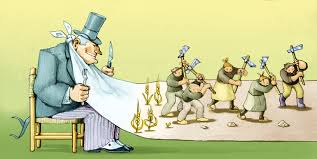 Over the last two decades, the study of capitalism has made a triumphant return in historical research and historiographical debate. Historians have been using capitalism as a lens to analyse a wide range of phenomena, including the origins and evolution of trading, financial and manufacturing industries, but also the social transformations of and interactions with labor, migration, family, gender, class and race.

The aim of the 2019 Pierre du Bois Annual Conference is to contribute to this flourishing field of historical research by approaching the history of capitalism through the framework of microcosm. Historically, the term microcosm has connoted a space or an object wherein the “whole” of a broader phenomenon appears within a smaller scale or significant part.  In the ancient context, scholars considered human beings to be microcosms of the universe at large, thus to study and to know a single person, was to grasp the workings of the cosmos.  In this frame, this conference seeks to illuminate the “macrocosm” of modern global capitalism, through a number of microscopic lenses. Rather than describing the evolution and transformation of capitalism as a historical process, the conference seeks to genuinely ‘rethink’ the nature of the system itself by challenging some of its historical and conceptual tenets.

There will be a keynote presentation, to be confirmed later.

The programme as well as a background note will be available soon.

Co-organised by Professor Carolyn Biltoft and Professor Amalia Ribi Forclaz and the Department of International History in partnership with the Pierre du Bois Foundation.